The graph provides more bad news for prospective homeowners in Canada’s hottest housing markets. In Toronto, the average home price grew 12.1 per cent, from $613,933 to $688,181, according to data from the Canadian Real Estate Association (CREA) and the Canada Mortgage Housing Corporation (CMHC).

But those aren’t the only markets where home values leaped. Home prices jumped by 17.1 per cent in Prince Edward Island, and by six per cent in New Brunswick. These gains are no doubt daunting for people who hope to buy a home (and impressive for those who already own). But there are signs that the relentless increases may be coming to an end.

CREA noted Monday that home sales have slowed in both Toronto and Vancouver.

April saw no sales growth in “the 6ix” after they fell by 1.8 per cent in the previous month. And in Vancouver, sales dropped one per cent from March to April.

Where CAN you buy?

Home prices appear to be jumping in communities close to Toronto and Vancouver — but at much more affordable levels.

So while major cities themselves may seem out of reach, there are (for now) opportunities in places close by. 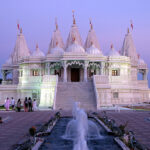 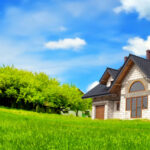 To Stage or not to Stage your Rental